Photo by Naveed Ahmed at Unsplash

Reliance, which originally started as an oil and gas business, has just launched its online grocery service. The online grocery mall was first launched in May when the Indian government enforced quarantine and lockdowns due to the pandemic. Reliance retail then started to build its presence through acquisitions. In developing its retail business, Reliance utilized its Jio tech platform. Reliance Retail Ventures now owns at least 12,000 online grocery stores and fashion chains.

Mint reported the recent investment from California-based private equity fund, Silver Lake, took 1.75% stake in Reliance Retail Ventures. The company now values at ₹4.21 trillion, which roughly converts to $57 billion. Previously, Reliance’s global investors, such as Facebook Inc, has raised around $20 billion. The fund came from selling stakes in Jio Platforms digital business. Shares of Reliance industries is now said to have exceeded twice the value of its March lows in ₹867.

EVOS Becomes The Most Popular E-sports Team in Southeast Asia

How Reliance affect the Indian shares

The halt in the Wall Street stock market deal contributed to higher Asian stock markets. Along with this, Indian shares also surged higher due to Reliance. Reuters noted the Nifty energy index rose 1.73% due to Reliance. Meanwhile, Bharti Infratel Ltd and UPL Ltd, which considered as the high-achiever in the Nifty fell to 1.9% and 1.5% respectively.

READ NOW :  Will TikTok Become a US Company? China's recent tourist spending signifies that the country is far through the pandemic crisis. Despite suffering the most from the... EVOS Becomes The Most Popular E-sports Team in Southeast Asia 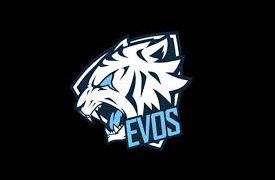 The popularity of the e-sports team from Indonesia, EVOS, is apparently not only famous in its own country. This team...