Photo by Ewan Kennedy at Unsplash

After the resurging cryptocurrency trading trend in India, the country is now considering to, again, put a ban on cryptocurrency trading. The federal cabinet will discuss over the matter and soon after deliver the result to the parliament. Compared to other Asian countries’ decision to put strict regulation on crypto trades, it is not a reach to say India’s decision is quite extreme.

India and its affairs with cryptocurrencies

The return of cryptocurrency trading isn’t really sudden news. Mint explained that in 2018 Prime Minister Narendra Modi’s put an abrupt decision to ban 80% of the nation’s currency. Following the incident, cases of crypto transaction frauds skyrocketed. The Indian central bank decided to put a ban in crypto transactions as an attempt to control the scams. However, this decision resulted with cryptocurrency exchanges filing a lawsuit in September, which they won in a respite in March 2020.

Upon the respite’s triumph, the resurgence of cryptocurrency trading began. According to TechSci Research, two months after the news broke, cryptocurrency trading skyrocketed up to 450%. TechSci also reported Paxful growth multiplied 883% bigger from January to May. Similarly, the Mumbai based crypto exchanger, WazirX recorded a 400% and 270% in March and April respectively.

The trend instead became a burden to India. Indians have then started to bet on their savings in the middle of a risky situation and economic slowdown.

Jack Ma is No Longer The Richest Man in China

India’s cryptocurrency trading ban in comparison to other Asian countries

Virtual cryptocurrency is still a debatable matter in a lot of Asian countries. China, which has previously banned initial coin offerings and virtual currencies in 2017, had recently tweaked the law. China has legalized bitcoin trading as virtual property. Bitcoin trading as fiat money is, however, still considered illegal. China is even considering to build its own central bank digital currency. Meanwhile, Singapore and South Korea are strictly controlling over crypto trades with their regulations.

Sanjay Khan of Khaitan & Co argued that the ban is an exaggeration. Instead, a regulatory framework is more than enough to protect uninformed retail consumers, Khan said. “India can actually benefit from such a regulation to attract cryptocurrency investors and business,” he continued, as quoted from Mint.

READ NOW :  China to Potentially be the King of Blockchain

Read also: 3 Types of Cryptocurrency That You Need to Know The Duterte government is revealed to have sought for Bangko Sentral ng Pilipinas help again. This time, the Philippine government... Philippine's economy might take a longer time to recover, World Bank predicts. As the country is still struggling with COVID-19... Jack Ma is No Longer The Richest Man in China 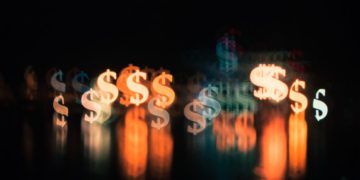 The position of Jack Ma as the richest person in China was replaced. Zhong Shanshan takes the crown as the...