Indonesia plans on realizing Jurassic Park, but with Komodo Indonesia has taken its Komodo Island as one of the country’s pride, the government decided to create a Jurassic Park in it. Upon the revelation of the plan, public and numerals of conservationists joined forces to strongly oppose the idea.

Indonesia’s Komodo National Park is home to around 4,000 Komodos. UNESCO declares the Komodo National Park established in 1980 as a World Heritage Site and is also the area for Biosphere Reserve. Last year in October, the Indonesian government revealed the plan to revamp the site into a tourism site inspired by Jurassic Park.

The Indonesian government is not going easy with the project. Quoted from ABC News, the new park will take over three big islands: Komodo, Rinca and Padar. Along with it, 26 smaller islands will also be occupied for the new project. The Komodo “Jurassic Park” in total will cover 1,800 square kilometres area. For the development of the geopark consuming at least 1.3 hectares, the government is ready to splurge 69 billion Indonesia Rupiah ($6.5 million).

A lot of sides have opposed the plan of the Komodo “Jurassic Park” development. According to ABC News, the residents of Komodo Island were not informed upon the news or even involved in any decision regarding the plan.

Akbar Allayubi, a resident who has also worked as a guide for the Island for the past seven years, told ABC News, “our definition of conservation has nothing to do with making financial benefits”. “According to our ancestors, conservation means to live together with the Komodo dragons within its own ecosystem,” he continued.

Not only locals, but environmentalists have also protested over the matter since February. Still, the government has not responded upon the complaints.

Indonesia: the development in Komodo Island will not disrupt any conservation effort

Shana Fatina, the managing director of the local tourism authority, claimed the proposal has passed a long and thorough process. She also revealed that the Ministry of Environment and Forestry has consulted over the issues with UNESCO. Fatina mentioned the environment and the island as Komodos’ natural habitat are also the main concerns for the government. With it, she affirmed that the development on Rinca Island abide the regulations and would not disrupt conservation efforts.

The issue died down for a while as the government revealed no exact date for the development. However, the issue came back into the light as a distressing picture of a truck allegedly carrying construction materials facing a Komodo dragon at the Rinca Island. The public has since started to voice their dismay through different online platforms. 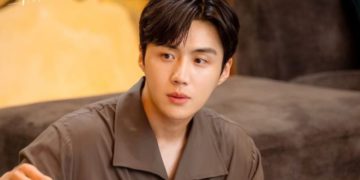 Korean dramas are unique, always have more value in each story. It's due to they create story-line thorough research, so...