A report from the World Economic Forum (WEF) has revealed that in five years human worker will be replaced by machines or robots. Meanwhile, there are several new jobs for human worker in the midst of robots that rule the world, here we summarize from CNN.

What new jobs will appear?

New job positions that will emerge include professions relating to green economy, data and artificial intelligence. There are also new jobs in engineering, cloud computing, and product development.

Some workers whose jobs are vulnerable may be able to change professions. The report surveyed 94% of businesses, and it told that expect employees to pick up new skills at work, a sharp increase from 65% in 2018.

Analysis by the LinkedIn data science team conducted for the WEF shows that many professionals have moved into ‘new positions’. Over the last five years came from completely different jobs, which in some cases do not have the same skills.

For example, half of those who switch to the data science and artificial intelligence professions come from unrelated industries. That figure rises to 67% in technical positions, 72% in content positions and 75% in sales.

Critical thinking, analysis, and high problem-solving abilities  are the top skills which is looked for.

Therefore, large companies are increasingly investing in retraining their existing employees. The report projects that half of workers who remain in their roles will need to learn new skills. it is due to do their jobs more effectively in an increasingly automated world.

The WEF report cites a study by online education provider Coursera, finding that between April and June there was a five times increasing in the provision of online learning by employers and a four times increasing in individuals seeking opportunities to learn online independently.

READ NOW :  Robots Might Not Replace Humans Soon in Manufacturing 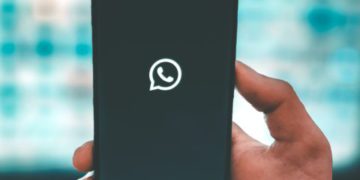