Photo by Andre Stutesman at Unsplash

Fifteen countries in the Indo-Pacific region are ready to finally sign the Regional Comprehensive Economic Partnership (RCEP). The partnership involves leading economies countries and will become the largest free-trade agreement in the world. The agreement will be signed on the virtual ASEAN Summit that will be held next Sunday.

What is the Regional Comprehensive Economic Partnership (RCEP)?

The Regional Comprehensive Economic Partnership (RCEP) is a free-trade agreement bonding 15 countries in the Indo-Pacific region. First suggested in 2011, the pact will ease the 15 countries involved from imports fee. The agreement will also control regulation related to e-commerce, trade and intellectual property. RCEP will take effect as early as next year and will last for around 20 years.

With developed countries that are leading economies, such as China, Japan, South Korea, and Australia in the partnership, RCEP becomes the biggest FTA in the world. According to SCMP, the affiliation embraces at least 30% of the world’s population and GDP.

Countries involved in the RCEP

Noted from SCMP, countries included in the RCEP are 10 countries of ASEAN: Brunei, Cambodia, Indonesia, Laos, Malaysia, Myanmar, the Philippines, Singapore, Thailand, and Vietnam. Other countries that join the pact as the FTA partners are Australia, China, Japan, New Zealand, and South Korea.

India was originally a part of the FTA partners. The country decided to leave from the agreement last year due to the concerns circling its local industries’ future competing beside China and its dairy products competing alongside Australia and New Zealand. Despite India’s final decision to quit from the RPEC, other countries will still welcome India to rejoin in the affiliation.

Countries involved to finalize the pact on the ASEAN Summit

The virtual ASEAN Summit held next Sunday will become the day the countries sign the RPEC agreement. As quoted from Rappler, Malaysia’s trade minister Mohamed Azmin Ali commented, “after 8 years of negotiation with blood, sweat, and tears, we have finally come to the moment where we will seal the RCEP Agreement this Sunday.” Vietnam’s Prime Minister Nguyen Xuan Phuc also gave a similar answer regarding the partnership. 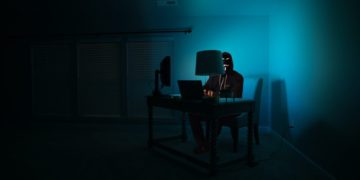