by [email protected]
in Asia News Attention is focusing on whether Evergrande, China’s largest private real estate developer with debt of 1.95 trillion yuan, will meet the bond payment deadline on the 23rd.

The maturity of $83.5 million worth of five-year bonds issued by Evergrande will arrive on the 23rd, citing Bloomberg News.

Evergrande also has to pay 232 million yuan in yuan bond coupons on the same day.

However, according to the bond contract, even if repayment is not made within 30 days from the scheduled date, it is not considered to have made an official default.

Prior to this, Evergrande reportedly had to pay some loan interest to banks and other financial institutions by the 20th. It is not yet known whether Evergrande paid the interest normally.

Interest payments are expected to be made public after the 22nd, the first working day after the Mid-Autumn Festival holiday.

Meanwhile, as of the end of last year, Evergrande’s total debt amounted to 1.95 trillion yuan.

Among them, Evergrande borrowed 571.8 billion yuan from financial institutions such as banks and trusts alone. Nearly half of them expire within this year.

Inside and outside China, there are also concerns that if the real estate industry collapses, large state-owned banks dealing with these companies will also be shocked by the financial system caused by astronomical bad debts.

Bloomberg News said, “Whether the dumping of Evergrande  bonds will spread to a wider corporate bond market crisis depends on whether Evergrande can buy more time from banks.” 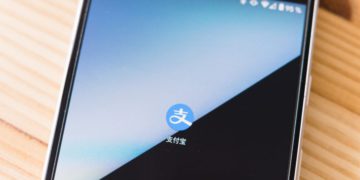