by Annelis
in Broker News Bitcoin price is rising amid global uncertainty. Even Bitcoin price is predicted by Citibank to reach $ 318,000 per coin by the end of 2021. Is this a signal that Bitcoin has become a substitute for gold as a save haven asset?

The Bitcoin price of $ 318,000 in December 2021 is a prediction by Citibank analysts. In his notes to consumers, the analyst calls Bitcoin ’21st century gold’.

“Bitcoin’s entire existence has been marked by unthinkable clues followed by painful corrections, the kind of patterns that underpin long-term trends,” wrote Tom Fitzpatrick, Global Head of CitiFX Technincals Citibank in a note to institutional clients, as quoted by Forbes, Friday (20 / 11/2020).

“Based on three bulls running over the past decade. Bitcoin’s current price rally has the potential to peak in December 2021. It is indicating a move of up to $ 318,000 (per coin).”

First in History! Water Traded on the US Futures Exchange

The Reason Why Bitcoin Price is Fluctuating

“Time will tell if Bitcoin finally reaches such highs but previous events suggest the potential for a big move higher in the next 12-124 months.”

In the note, it was stated that one of the reasons for Bitcoin price was its reputation as digital gold. Moreover, the central bank discussed the digitization of the currency.

Bitcoin is also expected give changes in monetary policy. And also fiscal policies of a number of countries that could devalue traditional currencies.

“When the Covid-19 vaccine is discovered and widely distributed. We believe it will drive a structural decline in the US dollar. Given this arrangement there is a potential for dollar losses to be an initial burden, with the US dollar potentially down 20% by 2021.”

Since mid-June 2020 the price of Bitcoin has tended to strengthen and currently Bitcoin is trading at the level of $ 18,000 per coin, citing Coindesk.

First in History! Water Traded on the US Futures Exchange Water is becoming a new commodity traded on the United States (US) Futures Exchange. This is the first time in...

The Reason Why Bitcoin Price is Fluctuating

It's no secret that bitcoin price often go up and down like a rollercoaster. Although it has been discovered since... 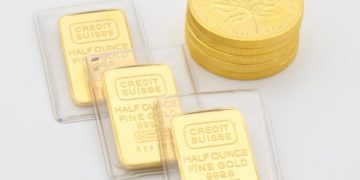 One of the richest people in the world, Warren Buffett bought gold recently. The owner of the investment company Berkshire...

Digital money, bitcoin soared to more than $18 thousand. The price was the biggest for the first time since December...