Photo by Thibault Penin at Unsplash

Netflix has been getting immense interest from audiences all over the world. With hundreds of movie and TV show titles available, Netflix easily become everyone’s number one pick for entertainment. However, Netflix’s growth unexpectedly took a slower trip by the second quarter of 2020. This impacted on Netflix as its shares now weaken. Despite that, Netflix still ensures promising content for its customers.

The Jakarta Post reported Netflix’s profit by the end of the second quarter reached $720 million with $6.1 billion of revenue. Meanwhile, the end of the first quarter of 2020 generated $709 million profit and $5.8 billion in revenue. The growth between the two periods of time is comparably weak.

As quoted from The Jakarta Post, the results debunked Wall Street analysts’ predictions. Previously, analysts predicted Netflix will experience a jump in profit due to the unsettling pandemic. With quarantines locking up people at home, it is only natural for them to run to entertainment services such as Netflix for enjoyment. However, Netflix’s result is relatively flat, though an increase in subscriber numbers is visible.

Jump in users is “cooling down” with the ongoing lockdowns, Netflix shares declines

The number of Netflix paid memberships users increased from 10.1 million to around 193 million. However, the number flattened as lockdowns began. The Jakarta Post reported a drop in Netflix’s shares by more than 10% following the after-market trades past the earnings figures release.

Netflix’s strong rivalry in the entertainment industry: will focus on shows production.

With lockdowns getting extended in a lot of countries, people have been searching for shows online aside from television. While this becomes a great chance for Netflix to expand further, this gives the same chance for its rivals.

Netflix is now head to head with entertainment monsters such as Disney, NBCUniversal, and WarnerMedia. Technology companies such as Apple and Amazon are also strong contenders. Even social media, particularly the controversial TikTok is becoming a threat to Netflix’s growth.

Despite the strong rivalry, Netflix is focusing on getting its original shows production back up and running. Pushing original content as their strong features, Netflix promises premium members a diverse range of high-quality new content. 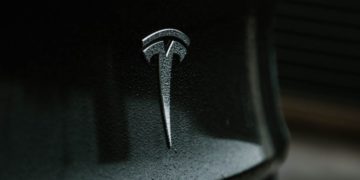