This was revealed by Mark Zuckerberg in his presentation of the Facebook Group’s financial performance in the fourth quarter of 2021 last week. He blamed Apple’s new privacy policy as a way to support its own services like iMessage.

“iMessage is the key to their ecosystem,” said Facebook CEO Mark Zuckerberg, as quoted by India Today, Wednesday (3/2/2021). “iMessage comes pre-installed on the iPhone and they prefer their own API and permissions. That’s why iMessage is the most used messaging service in the US.”

“Apple has all the incentives to use their dominant platform position to interfere with our apps and other shopping apps, which they regularly do according to their own preferences. This impacts millions of businesses around the world, including with the upcoming iOS 14 company.”

End-to-end Encryption Feature is The Advantage of WhatsApp

Through Apple’s new privacy policy, Mark Zuckerberg emphasizes that Apple is one of WhatsApp’s biggest competitors. Even so WhatsApp is superior to iMessage. The advantage is in the end-to-end encryption security feature.

The end-to-end encryption feature provides protection that can read messages or videos only by the sender and recipient of the message.

“Apple recently released a special label on third-party apps, which mostly focuses on metadata collected by apps rather than message privacy and security, but iMessage keeps non-end-to-end encrypted backups of messages by default in iCloud unless you disable it, “explained Mark Zuckerberg, quoted by Business Insider.

“So, in terms of the most important thing, protecting people’s messages, I think WhatsApp is definitely superior.” 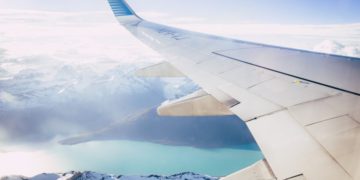