Ex-President Tesla Jerome Guillen has sold $274 million worth of shares since June 10, the Securities and Exchange Commission (SEC) reported.

Ives also added that investors will be closely watching to see if Jerome Guillen, who has just resigned from the company a few weeks ago, will sell his shares again.

Guillen has been with Tesla since 2010 and oversaw the company’s entire business before being appointed president of the Heavy Truck unit in March. He left Tesla on June 3.

The departure of Guillen, one of Tesla’s top four leaders, has sparked market concerns about Tesla’s future vehicle projects such as an electric semi-truck and a new battery that is said to reach 4,680 cells.

Stock options do give employees and executives the right to buy shares of their company at a certain price and for a certain period of time. When the stock price goes up, they can buy the stock at a discount.

However, it is not known exactly how much money Guillen spent to exercise this option. 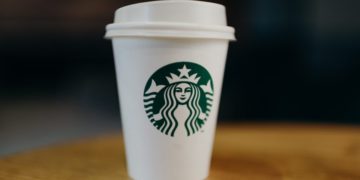 Starbucks is shifting its target from South Korea to China. The company is changing its strategy to invest more in... Starbucks Corp is ending its joint venture in South Korea that worth at $2 billion. The coffee chain will be... Are women capable of working? Are women powerful than men? Can women run a business? Women entrepreneurs are engaged in...