E-wallet industry has been growing big in Indonesia lately. It goes along with the growing use of smartphone in the country that counts up to 70% in the same period. According to Bank Indonesia, there are now 38 certified e-wallets operating in the country. And Gojek’s GoPay has been dominating the others since 2017, according to a report by iPrice Group.

In the second quarter of 2019, GoPay reigns again as the biggest e-wallet platform in Indonesia. It has the largest monthly active user as well as download. GoPay is an e-wallet provided by Gojek, initially only for paying its services such as ride and food delivery. Now, people can also use it for off-line transactions too.

Cashback strategy plays a big role for Gojek’s GoPay to earn loyalty from its users. In July only, the app has been offering 20%-40% cashback for offline transactions at partner merchants.

Read more: Over Population and Unemployment: A Crisis We Overlook

Things to Note on the Upcoming Burger King India IPO

GoPay is not the only one giving off huge cashback, though. Grab Indonesia’s e-wallet partner, OVO, has also been giving off cashback for offline transactions. The result is that it is now in the second place of monthly active users as well as downloads.

Meanwhile Indonesia’s government-owned LinkAja placed second in terms of MUA. But it is at the fourth in the statistics for downloads. Vice versa, DANA placed fourth in MUA and third in download.

As a new player that has been around only last year, DANA plays a promising game. It has been attracting many new users after adding a new feature. The feature allows users to connect their accounts’ balance to their game account. Making it easier for them to purchase anything in the game world.

Traditional bank’s e-wallet platforms are also getting more interests from its users. For example BTPN’s jenius which now sit a the fifth place of MUA, CIMB’s Go Mobile at the sixth and BCA’s Sakuku at the seventh place.

E-wallet or online payment industry in Indonesia is to grow even bigger. In 2018, the country recorded $1.5 billion e-wallet transaction in the country. And it is predicted to grow up to $25 billion by 2023.

Read More: QFPay Gets US$20 Million

Things to Note on the Upcoming Burger King India IPO Burger King India announced its plan to go public. The fast-food company will commence with its IPO plan next Wednesday,...

Online Shopping Company Amazon announced on Thursday (11/26/2020) that it will distribute one-time vacation bonuses. In fact, holiday bonuses is... 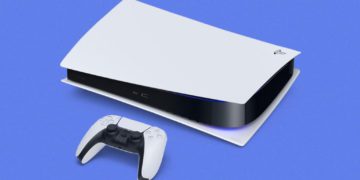 Quoting from  Business Insider,  The manager of CrepChiefNotify broker group Tom revealed how they could collect massive amount of PS5.... The action of UK-based CrepChiefNotify broker group bought up PlayStation 5 stock for resale, allegedly causing PS5 stock to be...