What?! Now You Can Eat Cutlery?!

We did it guys, now we can all safely swallow our cutlery. An Indian researcher has made it possible. “What do you love to eat?” asked a man. “I love to eat cutlery,” answered a woman. This conversation would sound strange and creepy 50 years ago, but not today.

A former researcher from India, Narayana Peesapaty, invented this innovative breakthrough. He is mass-producing the product through his company, Bakeys.

In the beginning, his concern about the excessive use of plastic cutlery and the massive amount of plastic litter drove him to invent the product. He had this idea during a two-hour flight and made its first prototype in a kitchen in 2006.

He strongly believes that using this edible cutlery will help reduce the gargantuan amount of plastic litter caused by plastic cutlery. People can eat the cutlery since it is made of millet, rice and wheat flours.

“The cutlery is meant to be eaten after use. If you don’t want to eat it, just throw it away and it will decompose entirely,” he said.

He, together with Bakeys, was the first to introduce the product to the world in 2010. Currently, he is one of the people who play in this kind of business.

Since the company’s first inception in 2010, the company has sold the product worldwide. The product became more famous after the video about it went viral in 2016.

With that being said, the company encountered difficulties during its establishment at first. In addition, the biggest challenge was to construct social awareness among the surrounding people about the sustainability of the cutlery and the danger of continual use of plastic cutlery.

However, after his 2016 post went viral, people started to believe more in the product. Moreover, several people also developed its own version of the product.

In his country, India, the product costs 3 cents. It also has three different options of flavors, respectively plain, sweet, and spicy.

To date, people can eat cutlery and, at the same time, reduce the use of plastic cutlery. Consequentially, they can help to reduce the amount of plastic litter which has harm the planet for too long. 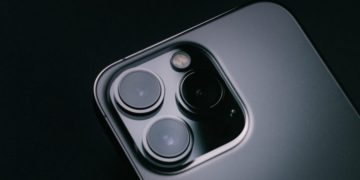