HeyU is a Vietnamese startup. The startup announced that it has operated in Ho Chi Minh City. Besides, HeyU launches concierge service, according to KrAsia.

With the launch of its concierge service, HeyU aims to be the leading concierge assistant platform in the country, within a month. The service allows HeyU’s customers to appoint errand runners from the company to buy groceries or shop on their behalf.

The service is similar to Gojek’s service in Indonesia.

The startup founded in 2017. It is formerly known as San Ship. It is an instant delivery platform designed for Hanoi and Ho Chi Minh suburban areas. Moreover, it connects store owners (merchants) with available motorbike riders (shippers).

According to HeyU’s CEO, Pham The Anh, the startup operated as a bootstrapped company for the first year. Besides, it also did not raise any institutional funding from VCs.

He, later only relied on Facebook groups to extend the network of shippers and store owners. HeyU said its merchants are free to decide shipping fees, taking only 18% commission from shippers.

However, in 2018, the company raised US$500,000 from NextTech Group. The group has also backed ride-hailing firm FastGo and a slew of other tech startups such as lending platform Vaymuon and e-wallet Vimo.

Currently, HeyU is in the process of raising series A funding from domestic and regional venture capitalists, hoping to close this round as a US$3 million funding deal.

Vietnam’s on-demand consumer market basically already has similar service providers. They are Lozi and Now.vn. They are parts of Foody that got acquired by Sea for US$64 million in 2017.

Besides, Gojek has also started to operate in Vietnam as Go-Viet. Yet, the Indonesian-based unicorn has not been able to roll out concierge services in the country yet. 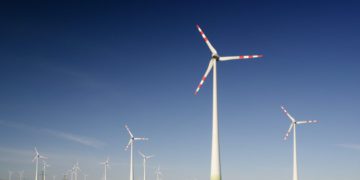 After countless of image and video clip teasers and months of waiting, ‘BTS Universe Story’ is now available on Apple’s... The label behind the world’s most sensational group, BTS, is set to go public next month. The Korean entertainment agency...