BBC reported on Thursday that Airbnb, a lodging-sharing company, has decided to inspect and review all accommodation it operates for the first time in 11 years.

According to the BBC, Brian Chesky, CEO of Airbnb, plans to thoroughly verify its Airbnb accommodation, totaling 7 million by the end of next year. Its main contents are whether actual hosts match those posted on Airbnb. And whether photos and information are accurate and location meet safety standards.

Chesky made this decision following criticism from over the world. Previously, a Halloween party hosted in a California Airbnb ended in real tragedy after 5 people found dead. The company also received criticism over its failure to prevent nation-wide scams.

Cheski said the guests would ask for details of the “postscript” after their stay. While Airbnb would gather information to verify that the information was correct. It also plans to establish a hotline so that guests can make “urgent contact” when they have problems at their accommodation.

People can use the 24/7 Neighbor Hotline for this urgent contact. Guests can reach a real Airbnb employee anytime and anywhere around the world.

“More than eleven years after Joe, Nate, and I started Airbnb, I have been asked what has surprised me most about the world,” Chesky writes. “My answer is two things: that people are, in fact, fundamentally good, and that we are 99% the same. We still believe this, and with these changes, we hope to continue to demonstrate this to the world.”

What Airbnb gain from listings review

Last September, Airbnb announced a plan to go public by next year. This effort in evaluating all of Airbnb listings will benefit the company in preparing the IPO. As well as gaining more trust from potential investors.

Along with the announcement, the company claimed to have earned more than $80 billion since its first launch eleven years ago. It has roughly 7 million listings in more than 100,000 cities around the world. 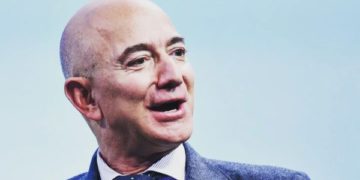