by Irly Nurvitasari
in Currency Analysis Currently, the cryptocurrency sector, which consists mainly of startups and exchanges, is not big enough to provide the insurance industry with significant revenues.

According to Investopedia, cryptocurrencies insurance becomes necessary when considering its ecosystem’s uncertainty.

The skyrocketing value of bitcoin and other cryptocurrencies contributed to major online wallet and exchange robberies. For example, in January of this year, Coincheks Japanese cryptocurrency exchangestole cryptocurrency worth $500 million

Another example is BitGo, a blockchain security agency. It is the risks of cryptocurrency insurance.In 2015, the company claimed to have provided protection from XL Group for coins kept in its custody.

But it briefly removed and subsequently restored a blog post making the announcement following a hack at Bitfinex. A cryptocurrency exchange that was also a client, resulting in theft of cryptocurrency worth $70 million. Bitcoin and cryptocurrencies pose insurers with unique problems. The insurance rates usually focus on historical evidence.

Volatility in valuations, where three-figure price changes are not uncommon, can also impact premiums as this decreases the total number of insured coins.

Regulatory ambiguity and lack of transparency at cryptocurrency exchanges will complicate matters further for insurers interested in providing industry services.

Bitcoin has always been on the insurance companies radar, to be sure. Lloyd’s came out as far back as 2015 with a report detailing risk factors for the cryptocurrency.

It also mentioned safety on the server side, cold storage, multi-signature wallets as possible methods for mitigating risk attacks.

A Source of Revenue

Nevertheless, issues inside the blockchain community may also be a possible revenue stream for the insurance industry. Most industry-oriented insurance products are custom-made products. The designation goes to meet the needs of customers.

Startups and businesses operating within the crypto-currency industry usually opt for fraud coverage, which includes cyber insurance and crime, according to the Bloomberg report. However. hacks are in the concern of it.

Startups, according to the study, may end up paying as much as 5 per cent of their coverage limits. In large numbers, the coverage is divided by hundreds of underwriters for sums ranging from $5 million to $15 million to ensure that there is no single insurer on the hook in hacks. 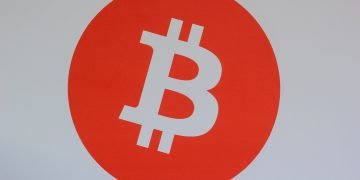