by [email protected]
in Finance News WTI closed at $70.45 a barrel on the 13th of this month, repeating its fluctuation after surpassing the $70 per barrel level. It is the third time that WTI has closed at more than $72 a barrel this month until the 15th and 16th.

Financial Advice on How to Best Use Your Salary

Brent crude oil hit $75.67 a barrel on the 16th and surpassed $76 in the day’s transaction, the highest price this month. The last trading day when Brent oil exceeded $76 a barrel was July 30, which was $76.33 at the closing price at the time.

Reuters reported that overall U.S. fuel demand is recovering to the level before infectious diseases, and that international oil prices rose due to the impact that U.S. crude oil inventories were at their lowest level in three years.

However, according to the EIA, production is gradually increasing as U.S. oil refineries, which had been suspended due to hurricanes, gradually increase operations. Citing the EIA announcement, Reuters reported that production has increased by 500,000 barrels to 10.6 million barrels over the past week.

International oil prices, which rose for the past five consecutive trading days and hit a three-year high, closed slightly lower... 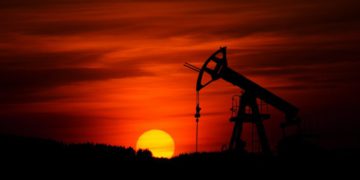 Brent crude oil, a benchmark for oil prices, surpassed $80 a barrel amid signals of higher demand than supply, further...

Financial Advice on How to Best Use Your Salary Many people have difficulty controlling expenses when getting a salary for their work. Indeed there is so much to do,...