The Asian Financial Crisis (1997-1998) was among the world’s notorious global financial crisis. Not only affecting Asian countries, the crisis also hit countries outside Asia such as Russia and Brazil hard.

Among the Asian countries involved in the financial crisis were outh Korea, Thailand, Malaysia, Indonesia, Singapore, and the Philippines. The rapidly advancing ‘tiger economies’ witnessed a shocking downfall, in which their stock markets and currencies lost averagely 70% of their value.

1997: The Beginning of Asian Financial Crisis

Despite the projects, the reduced investment quality and excess capacity started to appear in these economies. Right after US Fed began to raise interests to counter inflation, less attractive exports and less FDI induced the economic calamity.

The early indication of the crisis was spotted in Thailand, and soon spreading to neighboring countries.  Starting from a currency crisis in Thailand, when Bangkok unpegged baht from the US dollar, it prompted currency devaluations and massive flights of capital.

In 1997, the first six-month projected a harmful damage to the countries’ economies. For instance,  the value of the Indonesian rupiah was down by 80%, the Thai baht by more than 50%, the South Korean won by roughly 50%, and the Malaysian ringgit by 45%.

Collectively, the drop in capital inflows was approximately exceeding USD100 billion in 1997. In addition, many analysts throughout the years also associated the damage with political uncertainties in the region during the time.

Solutions to the Problem(s)

To solve the escalating crisis, International Monetary Fund (IMF) provided the necessary loans to stabilize the economies. In return, the countries had to implement higher taxes and interest rates, decrease public spending, privatize state-owned businesses, and so forth to prevent similar, future crisis from happening.

READ NOW :  A World Where Everything is Cashless

The strategy worked as, in 1999, many affected countries showed signs of recovery. As their GDP resumed to grow, they reattained the status of ‘good investment designation.’ The drop in the prices of pork led China to the lowest level of consumer price inflation in 11 years.... The relationship between America and China has taken a downfall in recent years. The end of the trade war between... 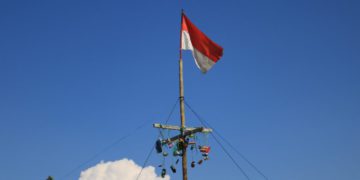 Indonesia officially announced the first recession since 1998. The country reported a 3.49% contraction in Q3. The government is aiming... Chapter 2 of the public-led protest in Thailand is dragging down the country's stock. The country's main income sources have...