by clarissa
in Investment Tips, Learn to Trade, Stock Market With the advent of technology, it seems everyone is too excited to jump on the bandwagon called cryptocurrency. The trend does not surprise many market players given its advanced features, and even hail it as the money of the future. Cryptocurrency boasts a number of features which include a cashless and hassle-free transaction in the palm of your hands – remit or transfer money, buy products, avail services, pay bills, make investments, visit places, and store wealth.

Cryptocurrency is a digital or virtual currency which utilizes encryption techniques for security and anti-counterfeiting measures. Because of its security feature, it would be difficult for anyone to replicate a counterfeit digital currency. Majority of virtual currencies are anchored on a blockchain technology or a shared distributed ledger containing virtual transactions shared within a network of computers. Unlike a traditional fiat, cryptocurrencies are decentralized which means it is not issued and/or regulated by any central authority; thus, it not under the supervision of a government or watchdog. (See two kinds of cryptocurrency exchanges)

The Birth Of Bitcoin

Bitcoin piqued people’s curiosity when a certain Satoshi Nakatomo introduced it in 2009. While the identity of bitcoin’s creator remains a mystery up to this day, the first digital currency in the world has promised lower transaction fees than the usual online payment mechanisms. Nakatomo wanted to develop a solution for double-spending: peer-to-peer electronic cash without going through a third-party entity.

With a total market value of about $63 billion as of writing, Bitcoin is one of the first digital currencies to use peer-to-peer technology to process instant payments. “Miners” are participants in the Bitcoin network who receive a commission for the work they do. Miners include individuals and companies. Over 17.53 million bitcoins are in circulation as of February this year.

READ NOW :  How to Keep Calm when You Lose in the Stock Market

Since its inception ten years ago, bitcoin’s popularity has risen tremendously. Data by CoinMap revealed global Bitcoin adoption grew by about 700 percent over the last five years. The same study revealed that the total number of outlets and ATMs with Bitcoin support increased to 14,346 as of February this year, up by 702 percent than 1,789 in 2013.

Bitcoin is so successful that other virtual currencies have sprung to life.

Litecoin emerged in the market in 2011. It is a peer-to-peer cryptocurrency and open-source software project without any oversight. Akin to Bitcoin, former Google engineer Charlie Lee conceived this cryptocurrency to make it the “silver” equivalent of Bitcoin. The MIT graduate wanted to rectify the shortcomings of the first global virtual currency. He engineered Litecoin in a way that it produces four times as many blocks a bitcoin (read: 1 new block for every 2.5 minutes against Bitcoin’s 10 minutes). Lee also embedded a script on Litecoin which serves as a proof of work scheme. The coin’s circulation currently stands at 60.5 million and has a market capitalization of $2.5 billion.

READ NOW :  Listening to Music Can Support Your Trading

We also have Ripple, a technology that assumes a dual role – as a virtual currency and a digital payment network for financial transactions. Released in 2012, Chris Larsen and Jed McCaleb designed the cryptocurrency originally as a subsequent iteration of Ripplepay. It has gained its reputation for being a digital payment protocol. Ripple’s crypto known as XRP currently boasts a market capitalization of $13 billion.

XRP runs on an open source and peer-to-peer decentralized platform allowing people to seamlessly transfer any type of money. It utilizes a medium called Gateway which links the trust chain between two parties seeking to seal a deal. Gateway is the credit intermediary which sends and receives currencies to public addresses over the Ripple network. On the other hand, XRP serves as the bridge currency to other currencies.

Ethereum is an open software platform also anchored on blockchain technology that allows developers to create and execute decentralized applications. The launch of this coin in 2015 has enabled SmartContracts and Distributed Applications (Dapps) to operate and run without any downtime, fraud, control or interference from a third party. Ethereum is not only a platform which, by the way, serves as the basis for its own digital currency called Ether, but a programming language as well running on a blockchain.

Ether is primarily used for trading (as a virtual exchange) and inside Ethereum to run applications. A year after its inception, a malicious actor stole over $50 million worth of funds raised on The DAO, a set of smart contracts which stems from Ethereum’s software platform. The incident prompted Ethereum to divide itself into two separate blockchains: Ethereum and Ethereum Classic. Ethereum’s market capitalization reached $15.2 billion as of writing, with about 105 million Ether coins in circulation.

READ NOW :  This is The Best Bitcoin Saving Strategy

Zcash, another open-source and decentralized cryptocurrency, unveiled in 2016.  that provides anonymity for its users to complete transactions. While Zcash is akin to Bitcoin in several ways, they differ in level of privacy and their exchange capacity for another asset.

Colorado-based computer security specialist Zooko Wilcox-O’Hearn invented Zcash in a bid to address an open financial system with the privacy feature that online users have always wanted. It is an encrypted open ledger. That means even though all transactions are listed on a blockchain, such transactions are encrypted only users can view. With about 6 million coins being circulated, Zcash has a market capitalization of $323.7 million.

Cryptocurrency provides another option to easily transfer money directly between two parties without any intermediary. Aside from privacy, it charges lower fees than most banks or financial institutions. But many crypto critics still believe that it is bound to fail because of its recent meltdown. Despite its hits or misses, the decision to whether to invest or hop on the cryptocurrency journey remains in your hand. 4 important things in the top down analysis approach in conducting fundamental analysis in order to choose profitable stocks, the... With a lot of unicorns emergence in the business, this one term has become a hot topic in business and... Investing in the capital market promises abundant supply. Apart from the benefits of capital gains or the increase in stock... 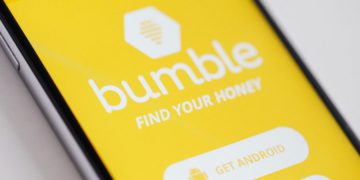 Bumble, an online dating application, will conduct an initial public offering (IPO) on the Wall Street stock exchange in the...