News and Fake News: Their Power over Bitcoin Price

by dhana
in Learn to Trade Media plays a big part in our life. The power it holds can change many things including, for example, Bitcoin price. These two months reflect the proofs of how news can affect Bitcoin’s price easily, even if its’ a fake one.

At the end of October, Xi Jinping stated encouragements for faster blockchain development. As the news spread, a blockchain-heat hit China. People made a rushed purchase of Bitcoin and other cryptocurrencies.

It resulted on Bitcoin’s price hitting over $10,000, ending the downtrend it has been on since early September. Over this, Chinese media had to cool down the heat by launching warnings to not doing reckless purchases.

Less than a month later, history repeats itself in a twisted way.

What You Should Know About Day Trading Rules (Part 2)

What You Should Know About Day Trading Rules (Part 1)

Problems That Often Appear in 100% Hedging

How the fake news led to Bitcoin price drop

Bitcoin price went down more than $1,300 in a day on November 22nd. In the morning, the market started normally with Bitcoin’s price at $8,000. But the day closed with Bitcoin price being at around $6,700.

It hit the worst price this year, less than the year’s peak at $14,000. It took a full day before Bitcoin price recovers to around $7,500 the next day.

And all of this chaos started by fake news launched by The Block media in 21st, stating that Binance’s Shanghai office shut down following police raid.

A day later, Changpeng Zhao CEO of Binance denied the report through his Twitter account. He stated “No police, no raid, no office. I hope you didn’t pay to read that FUD block.”

The fact is, it has been years since the world’s largest cryptocurrency exchange platform moved its headquarter to Malta. Binance no longer has any ties to the office in Shanghai.

However, this is not the only thing that caused the Bitcoin price crash. Previously, news regarding the Chinese crypto ban surfaced.

Nevertheless, people need to be more careful about the accuracy of the news. Instead of blindly trusting one media, it is better to do a crosscheck with other media as well.

What You Should Know About Day Trading Rules (Part 2)

What You Should Know About Day Trading Rules (Part 1) 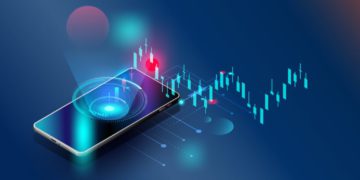 Day Trading is a trading activity for the short term. People who do Day Trading are called Day Traders. They... Day Trading is a style of trading on an instrument that uses a short time span or no more than...

Problems That Often Appear in 100% Hedging