Photo by Zbynek Burival at Unsplash

OPEC under dilemma over the opposing oil demands from Europe and Asia. The demand will further weigh on OPEC’s decision to delay production in the coming year. Accordingly, global oil demand sees a notable increase compared to the beginning of the pandemic.

OPEC: to delay, or to produce more oil?

This year’s end seems to be less festive than it usually is, especially in Europe. Vienna reportedly will close its Christmas markets, and its roads will most probably be empty. While the Austrian capital is just an example of how hollow the most part of Europe’s year-end will be due to lockdowns, Asia countries show the opposite. India’s Diwali and China’s Golden Week have multiplied the oil consumption in Asia as people have been travelling by car, train, and even planes.

The difference between the two continents become a dilemma for OPEC+. The group needs to decide on oil production for January and the upcoming months. The discussion for the decision falls from November 30th to December 1st. The result will further determine whether oil production will be put on a delay or not.

Oil demand reportedly has been gradually recovering. Despite being hit by the second wave of COVID-19, Europe’s demand in oil is still higher than it was at the beginning of the pandemic. Asia, on the other hand, recorded a surge, especially from several biggest economy countries such as China, India, Japan and South Korea. Bloomberg News’ index revealed that high-frequency data for road usage in November only fall around 30% from pre-Covid levels. In comparison, road usage previously bottomed 70% in late March and April. Demand is expected to rise even more with loosened lockdowns for the upcoming Christmas.

Digital Marketing: What’s The Difference with The Traditional One?

Employment Changes in The Future

The circumstance initiated talks on oil demand alongside vaccines development. Quoted from Yahoo, Damien Courvalin of Goldman Sachs Group Inc. commented, “vaccine efficacy and availability point to a large enough recovery in oil demand next year to allow OPEC to achieve both a rebalancing of excess inventories as well as increase production sharply.” During this pandemic, it seems that many people are starting to invest, especially in the stock market. In fact, many...

Digital Marketing: What’s The Difference with The Traditional One? Digital marketing is a new job that emerged because of technology development. It includes strategy, technique, and specialized skill to... In the beginning of 2020, COVID-19 virus was spreading all over the world. Many countries went on lockdown for months,...

Employment Changes in The Future 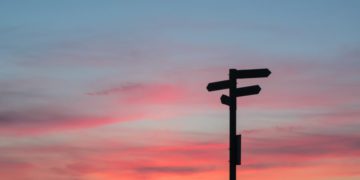