by Anelis
in Market Analysis 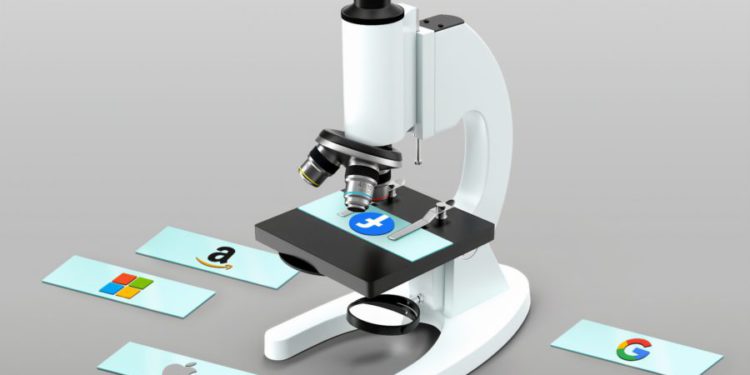 Phtoo by Morning Brew on Unsplash

Based on the closing price of the day, the combined market value of the top five U.S. Big Tech companies was $8.373 trillion, surpassing $8 trillion. This has doubled to five years ago. Even without Covid-19, the influence of technology companies would have continued, but Covid-19 has raised it to an unimaginable level.

It was the role of the U.S. FAAMG that the global stock market continued to soar despite the pandemic crisis. Last week, FAAMG reported the fastest growth in the first quarter of this year.

Apple recorded a record high of $47 billion in the first quarter of this year. Up 54% from a year earlier. It ranks first in market capitalization (market capitalization of about $2207 trillion). This is the result of Apple’s booming sales of electronic products. iPhones, Macs, and iPads are continuing to grow by double digits for two consecutive quarters.

Amazon (about $1.748 trillion), which benefited the most from Covid-19, saw its net profit over the past three years from April last year to March this year. Amazon hired a large number of employees to meet the non-face-to-face demand that surged to Covid-19. And the number of employees in the U.S. has increased from 500,000 a year ago to 950,000 now.