The richest man in the world Jeff Bezos reportedly resigned from his position as Chief Executive Officer (CEO )of Amazon in 2021. After pioneering his brilliant career for the past 26 years, Jeff Bezos finally passed his position to Andy Jassy.

After resigning, this 57-year-old man will fill the position of Executive Chairman of the Council on Amazon. The CEO position will be inherited to Andy Jassy in the third quarter of 2021. Currently, Jasy is the CEO of Amazon Web Services.

“I am pleased to announce that in the third quarter of this year I will move to become the Executive Chair of the Amazon Board and Andy Jassy will fill the position of CEO,” Bezos said in a letter to Amazon employees.

“Andy has been well recognized by the company and has been at Amazon almost as long as I am. He will be an extraordinary leader and he will also have a lot of confidence like me,” continued Bezos.

READ NOW :  Investments That Are Suitable for Productive Age

Although he is no longer CEO, Bezos says he will remain involved in key Amazon projects. While spending more time focusing on the Bezos Earth Fund, Blue Origin, The Washington Post and the Amazon Day 1 Fund.

Jassy himself has joined Amazon since 1997. Since then, Jassy has focused on starting his leadership in the cloud division of Amazon Web Services.

The news of Bezos’ resignation comes along with the company’s earnings report. In the report, Amazon posted 100 billion US dollars in the first quarter. 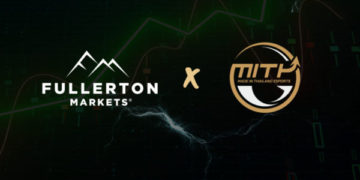