by dhana
in Social Media Twitter introduces a function that allows creators to be sponsored with Bitcoin.

According to U.S. economic broadcaster CNBC on the 23rd (local time), Twitter said it would allow all Apple iOS users around the world to sponsor their favorite creators this week. In May, Twitter introduced a pilot function that allows creators to be sponsored in cash using payment services PayPal and Venmo, and this time, it also added a sponsorship function through Bitcoin remittance and storage service “Strike.” Android device users will also be able to use these functions within weeks.

CNBC said it would not be surprising that the sponsorship function using Bitcoin was introduced, considering that Twitter CEO Jack Dorsey actively supported virtual currency. CEO Dorsey has said he has been working on Bitcoin mining over the past few months, and he also said he thinks nothing is more important than Bitcoin as a work target.

Twitter also announced on the same day that it is experimenting with a function that allows users to check whether their virtual asset, Non-fungible Token (NFT), is genuine and show it to others. Twitter did not disclose details, but explained that this function can support creators who create digital art.

LinkedIn to Withdraw from China This Year

The Importance of Business-to-Business (B2B) Marketing in Digital Marketing

Things to Think About When Using Email Marketing

LinkedIn to Withdraw from China This Year LinkedIn, the world's largest job search platform based in the U.S., will withdraw from China later this year. As a... 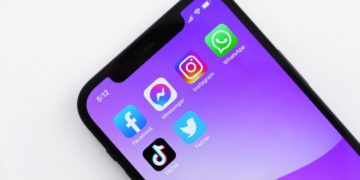 Facebook, the world's largest social media, and its affiliated services, Instagram and WhatsApp, resumed the service five hours later after...

The Importance of Business-to-Business (B2B) Marketing in Digital Marketing B2B or Business-to-Business marketing encompasses the sales to another company of one product. If it's a product or service, any...

Things to Think About When Using Email Marketing Email marketing is performing better than it has in a long time. There’s been a spike of 200 percent in engagement since...