Insights on NYSE With This Week’s FOMC It is expected that there will be no movement in NYSE at the beginning of the week in an atmosphere to watch the regular meeting of the Federal Open Market Committee (FOMC), a monetary policy meeting of the U.S. Federal Reserve (Fed).

The Standard & Poor’s 500 index hit an all-time high last week, but its gains were not significant. In other words, the Fed’s vigilance on its future moves has not been delayed.

The Consumer Price Index (CPI) rose 5.0% in May from the same period last year, far exceeding the Fed’s inflation target of 2%, but the market seems to believe the Fed’s view that it will be “temporary.”

U.S. government bond rates fell from 1.55% before the announcement of the CPI to 1.43% on the 11th. This means that the Fed’s average price target system and forward guidance (pre-emptive guidance) give credibility to the market.

However investors view FOMC’s meeting, which will be held from July 15 to 16, as the biggest risk factor.

Fed members will make little change in policy at the meeting, but attention is being paid to whether they will give hints about tapering, which will gradually reduce bond purchase programs.

The market is expected to be relieved if there is no change in the Fed’s statement, but there is a possibility of instability if Fed Chairman Jerome Powell mentions tapering or changes the wording related to inflation in the Fed statement.

ING economists also said in a report on the 11th that the Fed would freeze its policy at the meeting and ignore comments on tapering.

Jeffries economist Aneta Makowska told CNBC that there would be no significant change in the committee’s interest rate forecast. He said three people must change their minds to change the forecast for 2023 interest rates, adding that Powell would underestimate it at a press conference even if the middle price of interest rates rose.

The Fed will release a separate economic outlook report at the meeting. Attention is also focusing on whether the Fed will revise its inflation forecast for this year and next year to reflect the recent rise in inflation.

It remains to be seen how the 10-year government bond rate will move in accordance with the Fed’s statement and Powell’s speech.

Financial stocks fell 2.4 percent last week due to falling interest rates, and the Nasdaq index, which includes technology stocks, rose 1.9 percent. The drop in interest rates has different industries, but overall it has been positive for stocks.

Most experts expect 10-year interest rates to rise to 2% by the end of this year. If the bond rate rise is mild, this will not be a negative factor for stock prices, but a quick rise in interest rates could trigger instability.

Retail sales, industrial production and producer price index (PPI) will attract market attention in this week’s indicators, but the market is not expected to respond much to the indicators before the FOMC.

It is also noteworthy whether the enthusiasm for meme stocks will continue.

Meme shares showed significant volatility last week, trading back and forth between surge and plunge. Many experts warn that meme stocks will fall sharply soon as they do not rise based on fundamentals. 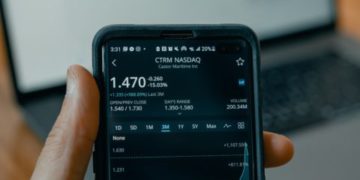