by alifputripurwaeni48
in Stock Trading Tips Based on investopedia, in calculating a company’s share turnover ratio, you need two numbers.

The first is the trading volume, which is the total number of shares of the company’s stock. It were bought and sold during a given time period.

The second  is the total number of dominant shares, which are shares that have been delivered to investors and are available for purchase. You divide the trading volume by the average shares outstanding to get a percentage.

Unfortunately, there is no rule of thumb for what a healthy share turnover ratio is as it depends on the company and the sector it is in. Moreover, stocks with large amounts of seasonality will see their share turnover ratios surge along with the demand for the stock at these times.

5 Cheap Stocks to Buy: Market Crawls Back to Normal

3 Ways to Gain Profit during a Recession

Defensive stocks, What are Those?

Example of Share Turnover and the Limitations of the Ratio

The share turnover ratio only tells you how easily an investor can get rid of shares. It does not necessarily tell you anything about the performance of a company behind the stock.

Let’s look at a large, well-known stock like Apple. At the end of 2018, Apple had approximately 4.8 billion shares outstanding. Its trading volume for December averaged 46.4 million. Thus, Apple’s share turnover ratio for the month of December was just shy of 1%. That said, this did not cause investors to avoid this illiquid stock. So, once again, know that a low share turnover is not necessarily the ratio you should be most focused on as an investor.

If a stock is tanking and no one wants to buy it, that will usually be reflected in low turnover. But if the stock is soaring to the point where a single share costs hundreds of dollars, that will also limit the number of investors who are able to buy in.

Hence, these two very different scenarios show up as the same thing when looked at through the lens of share turnover only.

5 Cheap Stocks to Buy: Market Crawls Back to Normal Cheap stocks may find amid the coronavirus pandemic. The sudden plunge will provide a healthy dose of truth for investors... 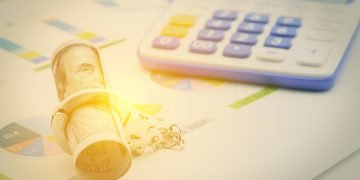 The most popular myth about options trading is that they are risky and complicated. Yet, options are just similar to...

3 Ways to Gain Profit during a Recession After the Great Recession, many investors have learned lessons. Instead of selling in the panic, they should have had held...

Defensive stocks, What are Those?

Defensive stocks are the stocks that provide the investors with a constant and stable dividend, regardless of the stock market...