by Anelis
in Stock Trading Tips For those who are interested in investing stocks, you can learn from anywhere, from other people’s experiences, books, even movies. Continuing the previous article, here are 10 movies about the stock market to watch in 2021.

Still in the background of the 2008 monetary crisis, the  movie Too Big Too Fail tells the story of large financial companies that also influenced the financial crisis. .

This documentary movie was adapted from the book of the same name by Andrew Ross Sorkin.

The crime drama category comes from Arbitrage which tells the story of financial manager Robert Miller, with all the bad actions that could threaten him to go to jail.

You will learn about hedge fund management from this movie. This movie stars Richard Gere.

Inside job is a documentary movie that tells about the financial crisis in 2008 that made millions of people lose their jobs due to a systematic corruption case in the United States.

This movie focuses on the causes of crises in 5 chunks of time and can help you learn about financial regulation globally.

Adapted from the book entitled “No One Would Listen” by Harry Markopolos, this movi tells the story of Madoff and the difficulties he faces in getting the US securities and stock exchange commission.

You have to watch this movie to find out the problems faced by a company that uses lazy money.

This stock movie tells about what happens when a company has too much debt that cannot be paid.

Margin Call comes from the true story of the financial crisis that occurred in 2008. This  movie stars Kevin Spacey, Jeremy Irons, and Paul Bettany.

One of the best movies about stock is The Wolf of Wall Street. This movie stars Leonardo DiCaprio, Margot Robbie, and Jonah Hill. This movie depicts the true story of Jordan Belfort, a successful stockbroker in a short time.

However, Belfort’s success actually paid a heavy price for corruption and fraud that occurred at his company, Stratton Oakmont, located in New York.

Next is a movie with the title The Big Short. It is based on the novel entitled The Big Short: Inside the Doomsday Machine made by Michael Lewis. This movie stars Christian Bale, Ryan Gosling, Brad Pitt, and Steve Carell.

This  movie tells the story of some smart traders who have a strategy earlier than others so that they can survive in the midst of the monetary crisis that occurs.

Who doesn’t know Warren Buffet? One of the famous trader icons you need to know the way to success by watching the movie.

This documentary will take us to the life story of Warren Buffet, both in his exciting career and personal life.

This documentary is about investors in America who want to take advantage of China’s high growth.

The movie will show that companies in China (legal or illegal) will find a way to bypass American stock exchange rules while they are listed.

Last but not least, one of the best movies about stock  is a documentary movie about history and interviews with Bitcoin and BlockChain activists that you can watch.

Those of you who are interested in digital money can watch this movie and get many lessons to start investing in this field. 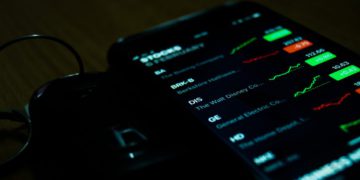 Calculating Share Turnover Ratio Based on investopedia, in calculating a company's share turnover ratio, you need two numbers. The first... Direct stock purchase plan (DSPP) refers to a program that allows individual traders to buy the stock directly from the...

With the elevating GDP and companies’ profit, investors may give more considerations before they put their capital to growth stocks.... Getting a stock to buy is always enjoyable for many investors. Furthermore, if you find the stock at a rising...