Spotting Downtrend in Any Market

by Lisa Ramadhani
in Technical Analysis Commonly, traders invest during the price uptrend or when the price is rising, or about to rise. But, the truth is you can also gain profit when the prices fall or a downtrend. Your pace in spotting downtrend significantly affects the amount of money you can gain.

It tells you to get out of your current asset before it sinks along with the falling price.

A downtrend consists of two price waves, the impulse, and correction. The example of price waves is when a stock drops from $10 to $9.50, then rallies to $75, then fall again to $9.30.

Categorization of Workers in Pandemic Condition

These price waves create a trend. An overall downside happens when there is an impulse wave down, then followed by a corrective wave up.

READ NOW :  ForexChief Salutes with a Welcome Bonus Just for You!

Since the downtrend sequence consists of impulse waves continuously happen to the downside accompany by the smaller waves to the upside, then a reversal downtrend happens when the sequence is violated.

The signal of the troubled downtrend is when the impulse wave occurs to the upside, then a smaller down wave follows it.

There is a possibility that the price of an asset move into a downtrend, gives a signal of a troubled downtrend, but then revert again to the downtrend. Or that price can rally move into an uptrend.

In every scenario, you can get the trend direction by isolating the direction in which the impulse waves can move. In previous article, we have discussed 4 job roles that we need in the future according to World Economic Forum's... 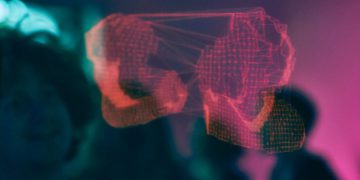 The digital world includes communication, information exchange, transactions, and many other facilities. Advancement in technology have made this possible. It... Categorization of Workers in Pandemic Condition The COVID-19 pandemic brings new conditions and situations around the world that require the adaptation. One of the sectors affected...