Welcome to the Age of Automation

by Doddy D. Wahyuwono
in Tips The age of automation is getting closer as technology advancement greatly focuses on the development. World Economic Forum reported that roughly 50% of jobs-or approximately 6 out of 10-is partly automatable and ready for it.

Despite the statistics, fears over automation have been deeply rooting in people’s minds. Among them, the fear of not having enough employment for people is arguably the most representational.

Prior to discussing the uneasiness, it is noteworthy to define what automation is. Automation is the development and implementation of technology to control and monitor the production and delivery of various goods and services. It, in addition, executes tasks that humans used to manually do.

Going back to the disconcertment, World Economic Forum stated that, based on historical records, labor-replacing technological innovation never results in long-term changes in employment and unemployment rates in industrial countries.

Ways to Deal with Work-from-Home Burnout

How can a Money Changer Make Profits?

Should I Save or Invest My Money?

To breakdown the fear, nature is actually not in the number of available jobs. It, however, lies in the uncertainty of possible new jobs. No one would imagine that social media influencers would generate money a decade ago.

That said, aside from being optimistic or pessimistic, automation will come sooner or later. Our job is, subsequently, preparing to welcome and face it.

Also Read: Competing for Jobs and Business, Humans vs AI

The implementation of automation, according to prediction, varies in numerous sectors of life and industries. Among them, the arguably most popular ones, are manufacture, finance, retail, transport, ICT, and so forth.

In its early stages, popular beliefs suggest that jobs such as moving big boxes in the warehouse and loading agricultural products will undergo automation. In the long run, it cuts expenses greatly and prompts efficiency, statistics say.

The replacement will be seemingly effortless thanks to programming. A series of codes will save time, money and energy than employing a mass of labor workers although this is debatable.

There, however, exists categorization for the jobs which can be totally replaced, those which can be partly replaced, and the other which cannot. While we have discussed the first, the second and the latter can be doctors and nurses respectively. That said, this is uncertain.

Reflecting upon the preceding discussion, it comes a question of whether automation guarantees more prosperity to the overall people in general. While it warrants better feasibility, easiness, and accessibility, it remains ambiguous to determine whether it can decrease poverty.

Ways to Deal with Work-from-Home Burnout 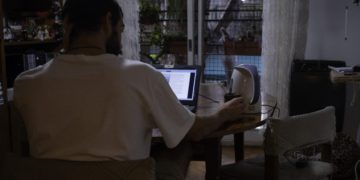 Work-from-home burnout is no laughing matter as it turns out to be real. As many people, probably you and I,...

How can a Money Changer Make Profits? Should I Save or Invest My Money? It is better to save your money or to invest it? There's no right and wrong answer to the question,... There are also several pros and cons using Western Union. On the other hand, Western Union enables consumers to send...