by Doddy D. Wahyuwono
in Tips IKEA founder Ingvar Kamprad, died at the age of 91 in 2018, was among the richest people in the world. What’s more astounding is that he was a self-made billionaire. So, how did he do that?

While it is possible that Ingvar Kamprad might have secret ways of financial management, he was actually famous for being humble. His actions speak for his principles.

Believed to follow the law of Jante, Kamprad rarely showed that he was able to afford expensive stuff despite being the eight richest people in the world (during his death). He was a down-to-earth figure.

Additionally, his wealth did not accumulate because he was being cheap. Kamprad was known to have strong financial principles. Of those, here are some of them.

Kamprad believed in the functional purpose of stuff as the primary function and he stuck with it. Put simply, if he owns an old bag that is still usable, he will not buy a new one because his old bag still fully serves its purpose as a container.

For instance, he always flew economy class until his death even though he was utterly capable of purchasing better flights. Also, he even still drove an old Volvo and did not buy a new car for his Volvo still functionally worked at that time.

As far as the record goes, Kamprad never borrowed money for himself or the business. Hence, all his successes were literally coming from his extensive hard work.

During his life, he already worked at the age of six by selling matches. Up to this day, his business has more than 300 stores in 38 countries. All of them came from his own money, no loans whatsoever.

He was Far from ‘Corporate’ Figures

Stereotypically, corporate people are surrounded by issues such as money-oriented ideology, financial-profit-oriented acts, and so forth. Dissimilar with them, Kamprad was arguably far from them.

Accordingly, Kamprad allocated some of his time for meaningless activities in a day. He also treated his employees as partners and prioritized customer services and satisfaction over profits. Growing a startup may sound interesting for most of the people. It promises flexible working hours. Besides, you can also... 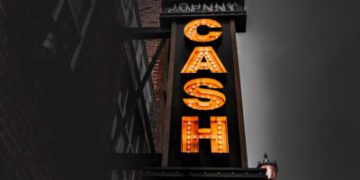