President Duterte’s chief economic manager has requested assistance from the Department of Justice (DOJ) for a bitcoin scammers.

It aims to stop online scammers luring netizens into bitcoin investments. In addition, the top Philippine officials and celebrities claimed to support it.

In a July 28 letter to Justice Secretary Menardo I. Guevarra, Finance Secretary Carlos G. Dominguez III referred to a “collection of false details shared on Facebook concerning my name’s fraudulent usage. Then, it aims to support a bogus self-trading site named ‘bitcoin revolution’ in cryptocurrencies.”

The letter attached a few screenshots of Facebook posts. It had the picture of Dominguez followed by texts saying that his supposed “new investment has frightened experts in awe and big banks.”

In one of the screencaps, Dominguez’s picture was side-by-side with TV host Vic Sotto’s photo.

“Although this incident had been reported to Facebook to prevent the spread of these hoaxes, the perpetrator of such acts may still continue to find other avenues to pursue their malicious activities. Thus, we request the assistance of the DOJ Cybercrime Office to track, identify, and prosecute those responsible for these posts,” Dominguez told Guevarra.

The Department of Finance (DOF) also flagged the “false news” last May.

No less than President Rodrigo Duterte himself had allegedly urged Filipinos to invest in the “bitcoin lifestyle” site.

There Were Suspicious Cryptocurrency Investments

To stop this fraud, the DOF was enjoining the public to report suspicious cryptocurrency investments to the Securities and Exchange Commission’s (SEC) enforcement. And also, for investor protection department.

According to a study published last year by the Organization for Economic Cooperation and Development ( OECD) called “Cryptoassets in Asia: Customer Attitudes, Behaviors, and Experiences,” most Filipinos had been aware of cryptocurrencies but actual holdings remained small as such digital assets were deemed risky.

The International Monetary Fund ( IMF), based in Washington, also reported that the Philippines could “become a significant crypto-asset market”. It was because of continuity to attract more new virtual exchanges. 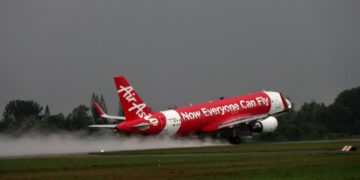 In a few days, the roads in Malaysia will be more crowded with the presence of a new motorcycle taxi... Donald Trump plans to return to cyberspace in the coming months, by launching his own social media platform. This information... Although it is very recommended to have multiple accounts of saving, still there are advantages also disadvantages referring to this...

Savings accounts can offer a safe place to keep money that you may not need to spend right away. You...