by miraimaniar
in Asia Trade Photo by Eduardo Soares at Unsplash

Kotak Mahindra Bank recorded an unexpected surge in today’s shares. Deepak Gupta, executive director elaborates further upon the spike and future plans. Several brokerages suggest this momentum could be a chance for investors to buy.

Economic Times India reported the shares of Kotak Mahindra Bank hit 11.48% on Tuesday. The bank recorded a 10% spike in the shares in the early shares at 10:37 A.M. The figure is the highest in the past seven months. With the surge, the shares for Kotak Mahindra Bank now values around Rs 1,555.30. In comparison, the benchmark Sensex traded only 0.14% bigger at Rs 40,202.52 points.

The bank also reported an increase in net interest income (NII). NII is the difference between the interest from a bank’s income gained from lending activities and the interest the bank pays to depositors. Noted from Economic Times India, Kotak Mahindra Bank’s NII surged 16.8% to Rs 3,913 crore compared to last year’s quarter.

How to Prevent Malware from Stealing Data from Fake Google Chrome

How to Create Personal Branding?

5 Mistakes that Crypto Traders Must Avoid

Mint reported the executive, director Deepak Gupta, told reporters that Kotak Mahindra is at an even more cautious stance than at the beginning of the pandemic. Gupta mentioned his side is still paying attention to the K-shaped recovery, a scheme where economic recovery does not go evenly. According to Gupta, the K-shaped recovery in the lower part is still heavier than the upper part.

As quoted from Mint, Gupta explained, “until the economy comes back to normal, we have chosen market-linked growth during this period. Given the circumstances, this is a more secure way of growing. That’s why if you see the net interest income growth is very healthy”. “Now, as and when we see the credit market coming back to normal, the lending piece will also start,” he continued.

Numeral brokerages have spoken out on their chance to the momentum: buying shares could be beneficial. As quoted from Economic Times India, Motilal Oswal, Prabudhas Lillladher, and YES Securities agree this could be a good buying opportunity. Similarly, Money Control also mentioned LKP Research, Sharekhan, Dolat Capital, and ICICIdirect are on the same page.

How to Prevent Malware from Stealing Data from Fake Google Chrome

How to Create Personal Branding? As we know from the previous article, we have known the benefits of personal branding. Here are how should we...

5 Mistakes that Crypto Traders Must Avoid 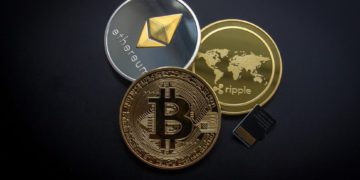 When starting to trade cryptocurrencies, you will definitely do your best to get high return. But in the process, many...