On the first day El Salvador of Central America introduced virtual currency Bitcoin as a legal currency, the price of the cryptocurrency fell about 10%.

Bitcoin prices rose to the $52,700 mark on the evening of the 6th, a day ago, the highest since May, but turned downward in a day.

On this day, El Salvador adopted Bitcoin as a legal currency for the first time in the world, and companies and businesses are required to receive Bitcoin in return for goods and services, but merchants who do not have the technology to use Bitcoin are exempted.

President Naib Bouquetle El Salvador said on his Twitter account on the 7th (local time) that he has purchased 150 additional bitcoins.

He said that when Bitcoin fell, it was used as a low-priced purchase opportunity and purchased 150 additional bitcoins.

Earlier, he had purchased 400 bitcoins ahead of the official adoption of Bitcoin’s legal currency. As a result, the total number of bitcoins he purchased increased to 550.

Bitcoin supporters have argued that currency devaluation is severe in South American countries, so these countries have sufficient reasons to use virtual currency as a substitute for exchange, remittance, and central banks.

Read now: How to Trade Bitcoin for Beginner (Part 1) 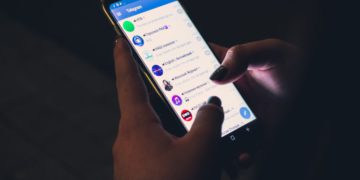